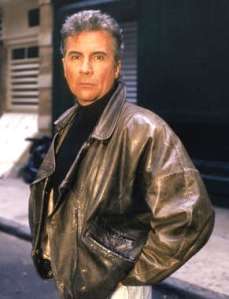 Nobody messes with my ole Boss!  I got the scoop for you all…

An Interview with the Ole Boss Chad Helmcamp

Just the Assistant:  First thing’s first, how is P90X going?

JA:  And how many cheeseburgers has James eaten this week?

Boss:  None, but he did eat a BLT yesterday.  He brought in some green juice for breakfast, but then he ate a BLT for lunch.

Boss:  The most common form of mortgage fraud is when someone lies on a federal loan application.  That’s what makes it fraud – because it’s a federal document.

Boss:  Someone might lie about who they are, where they work or how much they are paid, or even what type of property they are buying.

JA:  I know you took some training recently to teach you about red flags to look for.  Give us some tips!

Boss:  There are certain numbers within social security numbers that are red flags.  Or, say someone works at a large, reputable company, but provides us with a W-2 that is not computer generated.  That would be a red flag.  Basically, a red flag is when things just don’t add up.

Or someone might say they are not self employed, but their name is John Smith, and they say they work for Smith Financial.  Stuff like that.

[Just the Assistant Note:  Does anyone else think the part about turning in a hand-written W-2 is as funny as I do?  Client:  “Here is my loan application, Chad.  Oh yes, I love working at Google…such a great place.  Ah, um, here’s my W-2.” (Hands over scrawled and scribbled W-2) “Yeah, printer broke.  But ah, I think they’re gonna fix it soon.  Company’s really growing I tell ya.”]

JA:  Okay Boss, what we’ve all been waiting for.  Has anyone ever tried to commit mortgage fraud with you?

Boss:  Yes.  It was many years ago at a different company.

Boss:  There was this lady who didn’t have a job, and she assumed that she had to be employed to get a home loan with her husband, so she wrote on her loan application that she was employed.

Well, we called to verify her employment like we always do, and the person who answered the phone didn’t know the answers to any of our questions other than, “Yes, so-and–so works here.”  Turns out, the lady had convinced a former colleague to lie for her, but neither of them knew that we ask more than just if someone works at a certain place or not.

JA:  And then what happened?

Ole Boss Chad:  I called her.  She was really uncomfortable and embarrassed.  And the funny part is, she and her husband would’ve qualified for the loan using only his income.  She didn’t even need to lie.

Any more questions about Chad’s adventures in mortgage?  Ask below and I will pass along your questions to him, film the interview, and post next week.  Please include your first name and where you live so I can say snappy lines like, “Keri from Tennessee asks…”