You do NOT have the Flu. Period. Well, maybe you have it…

James has had the flu this week. He stumbled in yesterday wearing shorts and his favorite fleece vest claiming he hadn’t had a fever in 24 hours. I can’t say we gave him the warmest welcome.

Rachelle wouldn’t even knock on his office door. She kind of swatted it with her scarf and then slid some documents under the door yelling, “James, I’m not coming in there – sign these!”

He’s not the only one. Online Dater Jason had the flu last month, and Funny Guy Terry and his whole family have it today.

While we’re speaking of the flu, it’s time we settle this. Some of you out there think that the flu means you’re sick. Got a fever and runny nose? Ohp! Must be the flu! Feeling puny and vomiting? Oooh that dreadful flu.

Stop right there. You do not have the flu. I used to work with a girl at the elementary school where I tutored naughty children. She took a day off school and when she returned claimed she had the flu. “Really?” I prompted (knowing good and well she had no flu). “So you went to the doctor?” I asked.

I had a sinus infection of my own a couple years back. The first day I was able to venture out of the house and feebly walk my dog I bumped into an obnoxious neighbor (no, not you Erv). He asked how I’d been and I told him I’d been a little sick. “Oh you had the flu?” he asked.

What is it with people?! The flu means one of two things. Either you are so incredibly sick, so utterly exhausted and feverish and chilled and nearly dead that you cannot even pick up the phone to call and make the doctor appointment, OR a good pal has driven your sick self to the hospital and a doctor with a white coat and medical degree has told you that you in fact have the flu.

Online Dater Mortgage Banker Jason was kind enough to demonstrate for me how the doctor confirmed he had the flu last month. Please imagine the following pen is a long sterile Q-tip: 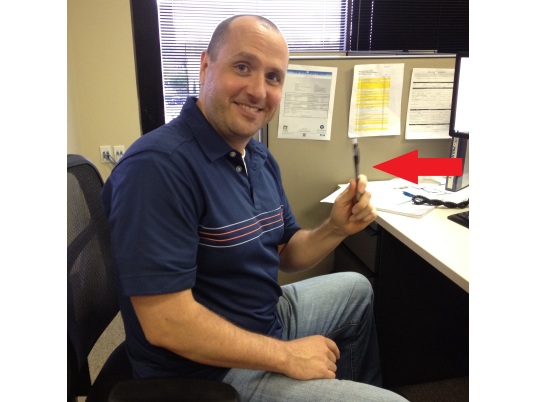 Now, please imagine a doctor is inserting the “Q-tip” into Jason’s nostrils: 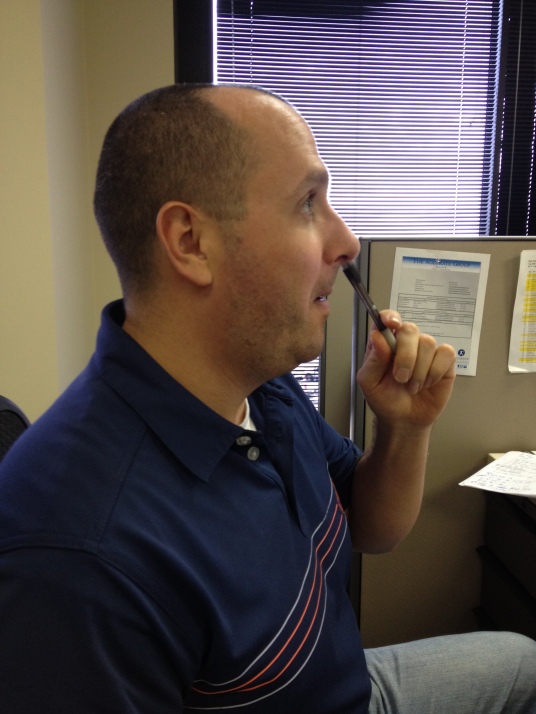 Finally, the doctor inserted the Q-tip so far into Jason’s nose that he grazed Jason’s frontal lobe:

Hence confirming, Jason had the flu.

There you have it, readers! Your handy flu packet that is good for this entire flu season. Feel free to print this out, tri-fold into a nice pamphlet, and place it in any plastic slots you find in pharmacy waiting rooms.

While I go Clorox down the break room, you get your flu shot and call one of our awesome flu-free (except for Terry) mortgage bankers to secure the best home loan in the state of Texas.

2 thoughts on “You do NOT have the Flu. Period. Well, maybe you have it…”