Stupid Reasons They Censor Me

Sometimes my Bosses censor me. Most of the time it’s because they think I’m going to get them fired or make someone very angry at us or land them in the big house. It’s why I try to get people to subscribe to my blog (on the right). That way my freshly pressed posts land right in your inboxes and you won’t have to read the watered down crap they make me change it to after they’ve read my funny stuff and hyperventilated.

It happened Tuesday. My Boss Chad got totally bent out of shape, all because I used the word “bribe” in a mortgage blog. Now, please raise your hand if you think that we actually bribe people to get loans with us. Anybody? I’m not seeing any hands. How about you in the back? Think we bribe people? Think if we did bribe people we’d write about it on the blog? Hmm? Now, I’m going to hold out my hand and I need you to give me a big fat break. Y’all want to know what Chad made me edit Tuesday? A stupid picture of cake balls with the phrase, “Heck yes we bribe people” in the caption. Stop it right there. Let me ask you lovely readers a few more questions. If you were going to bribe someone to get loans with you, with what would you bribe them. Jewels? Cash? Gold? Hawaiian vacations? All good answers. Funny I didn’t hear anyone answer cake balls. Maybe that’s because IT’S SO STINKING OBVIOUS WE’RE NOT BRIBING PEOPLE. Ahem, excuse me. Actually, tell you what, if my bosses land in the slammer due to being accused of bribing people with chocolate to get loans with them, I will personally bail them out of jail and pay their lawyer fees. Anyway, I had to change it to something less funny and I’ll bet you dollars to donuts (I don’t know what that means – it’s something my other Boss James always says) my readership suffers because of it.

It happened a few months ago, too. I wrote such a funny post that ended with telling a nasty person who’d called the office (and screamed obscenities at one of our mortgage bankers) to excuse themself from an event we were hosting. It is possible that I used the letters F and U in my chiding, but only because we were playing bingo that night and it totally fit in with the blog and was funny as toot to see me tie in bingo with F and U. Chad just about had a heart attack that day. About five minutes after I’d posted it (see edited version here), James heard frantic footsteps racing toward his office. Chad looked like a crazy power walker, the type that swing their butts really fast as they pace. 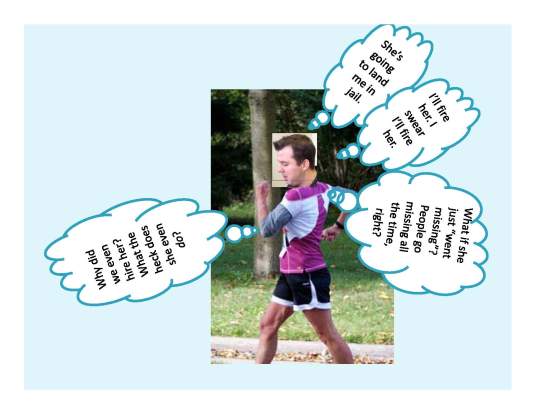 Chad burst in all, “We can’t say F-U on the blog! We can’t!” His forehead was sweating and he forced James to call me in on the spot and shout, “Take it down!”

Then there was the time I wrote about a training gone wrong, how this lady had given all of us some crazy advice that we weren’t going to take and how we ended the training right there on the spot. James said, “Absolutely not” and dashed any dreams I had of making this blog funny. I’m telling you people, I’m a caged artist over here. Aren’t there laws against this? Any lawyers reading out there? Help a Just the Assistant out!

Now, while you all send me my legal rights, I’m off to rip this duct tape off my big mouth.

9 thoughts on “Stupid Reasons They Censor Me”