Readers of America, Just the Assistant is saved! 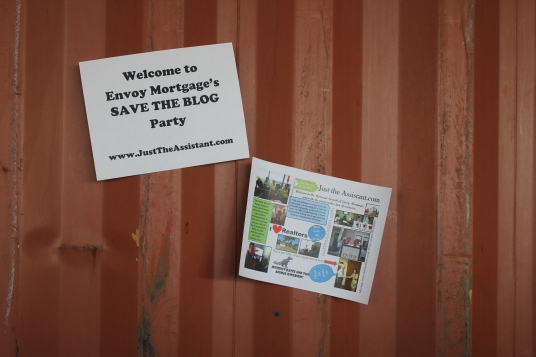 We did it, readers! We saved the blog! Not including the folks who work for this branch, we had 60 guests! Some highlights of the evening…

This guy literally had no idea why he was there. The lady on the left is a lovely reader (hi Diana!), and she brought her man-friend along. When I asked him to sign my petition, he was like, “Who are you?” I told him it was for a really noble cause and could he just sign my petition and stop asking questions. It was the same deal with this couple:

This was taken when we only had twelve guests. Chad was still happy because he thought he still had a chance of taking me down. Chad is standing with our new guy, Britt. On his volume, Britt claims, “My voice just carries.” Mm hmm… And here’s my pal, Lincee. Lincee has a famous blog (not a mortgage blog), so it was like I had a celebrity guest.

I sort of tackled him after he signed the petition, and then I screamed and grabbed his shoulders and started jumping up and down – “We saved the blog! We saved the blog!” We are currently waiting on him to fax over his medical bills for the incident.

Once we saved the blog, we had some t-shirts to give away. The ole Boss Chad stood on a rickety bench near the bar and asked the crowd, “What is our front door man’s name?”

Some drunk lady in the front yelled, “Christi!”

Not so much, drunk lady in the front, not so much. Christi keeps our front desk occupied, plus, she is not a man. The correct answer was Otis.

Below, the cutest guest of the evening (it was a tie between this guy and Will’s borrowers’ baby). Both sets of parents promised they’d start working on a phonics program shortly so that the children can begin reading JTA as early as possible. 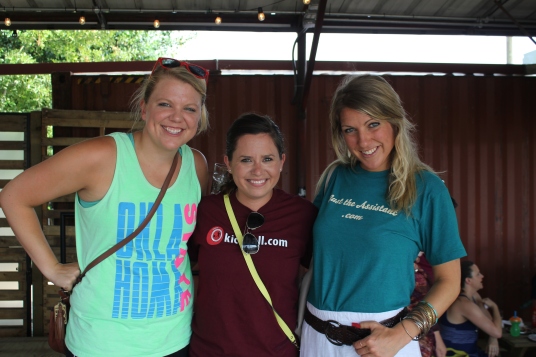 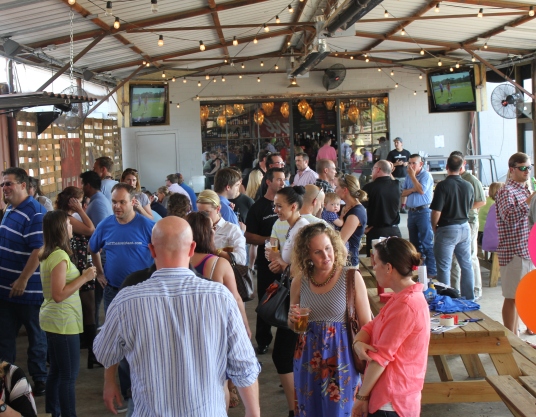 Here’s a shot from later in the night. This guy was not there for my party. He was just a guy at the bar whom I accosted (sorry about that!). I told him all about the blog and when he asked for a card I gave him my obnoxious flyer, and then I gave him a couple of drink tickets (I had no permission to pass out drink tickets willy nilly, but I did anyway – I apologize for the hefty bar tab, ole Bosses). Hey Tim, when you’re ready to buy that house, remember us and the drinks we bought you!

Before the party, I was nervous that I’d have to give a speech (I didn’t – I just screamed and hugged people a lot), so while I was gobbing on all my face creams and potions in preparation for the big night, I practiced. I got through about seven words and ended up with watery eyes (this occurred in my bathroom in front of the mirror, so it’s a good thing I didn’t have to give a real speech). Here’s what I came up with:

“Thank you all so much. It makes me feel so good that people actually read my words. Thank you for -” and that’s when I start crying so you never get to hear the rest. People maybe would just cheer and clap for me then, and I’d clasp a hand on my chest and shake my head through my tears. And then I’d ask everybody to share it on Facebook. Then I’d cry some more.

Thank you, readers. Thank you so much.

10 thoughts on “Just the Assistant: Saved!”