Our wonderful maintenance man Juan is here fixing our broken lights today. I guess the Bosses had been trying to save money by making us all work in the dark for a while, but enough is enough, people. Online Dater Mortgage Banker Jason Bates is trying to loiter underneath Juan in hopes of having a drill dropped on his head so he can sue the building. “Then we’d change the name of this place from Midtown Plaza to Bates Plaza!” Jason hissed as he tried to weasel his way beneath Juan’s ladder. 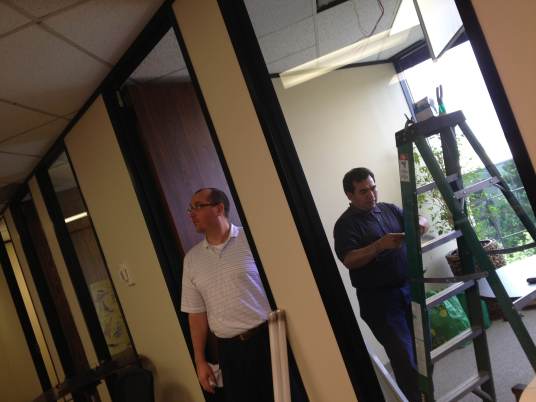 A few people have been asking me if the ole Bosses were really going to take me down had I not delivered 50 readers to the Save the Blog party. Even my brother thought I was going to get fired. I have to say, I think it would have been totally hilarious if only 49 of you showed up, and then the Bosses could have dramatically pulled the plug on my laptop and shooed me out of the bar. Then y’all could have booed me and threw your free beers at my back as I slunk to my car…

But y’all, come on. Isn’t it obvious who runs this show? (That would be me.) I’ve got these ole Bosses eating out of my hand. I say jump and they say, well, they say something to the extent of “I seriously can’t believe you’re still here. Did you ever figure out how to use the copy machine?” And I’m like, “Not really.”

Speaking of jumping, the Bosses took us on a bowling excursion last week (most of us jumped up and down upon not landing gutter balls). Some of us handled ourselves nicely. Some drank shots of tequila upon arrival. I’m not saying who’s who.

Below, Spanish-Speaking Richard (he also speaks English, by the way) after nailing three pins. I don’t know why he always wears a nametag, but he’s so nice I feel like I shouldn’t make fun of him even though the nametag thing is a make-fun-of-worthy characteristic: 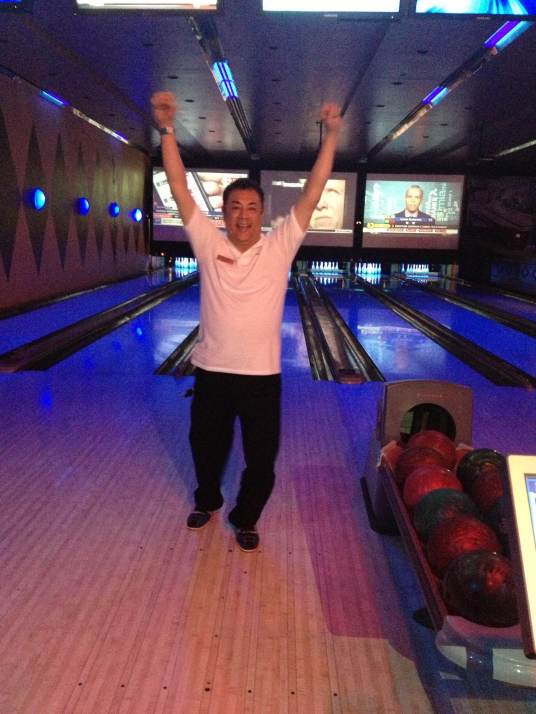 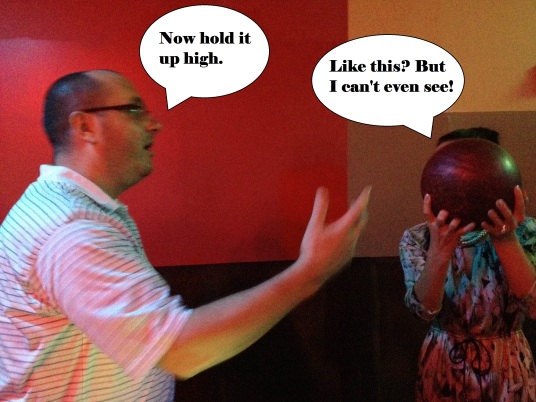 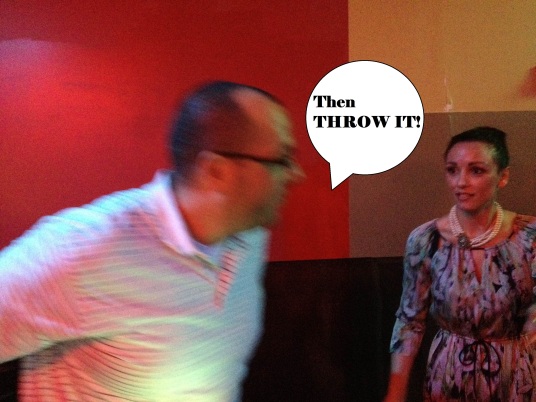 Straight-Shooter Shane ended up winning. I can’t say we’re not nervous about Shane having yet another reason to gloat. 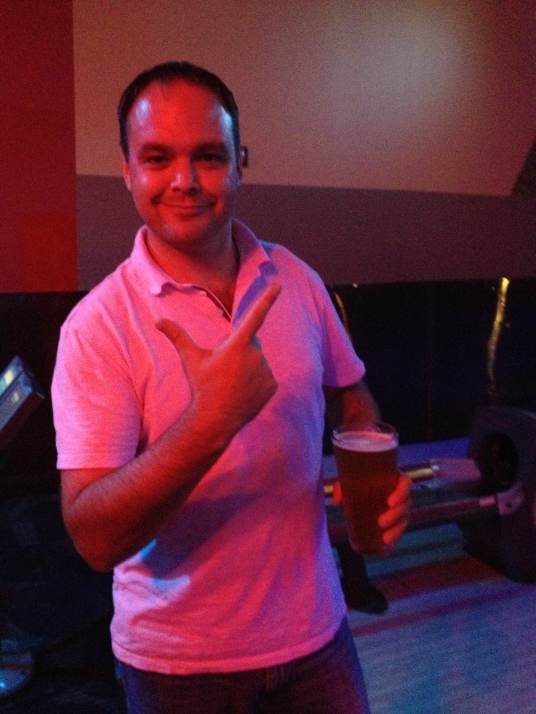 The bowling deal was spun as a team-building gig. Team building my eye, I say. An hour into it, the ole Boss Chad pulled me aside, in a bowling alley, to tell me how he didn’t like one of my recent posts. I squinted my eyes at him and asked, “Why are you telling me this in a bowling alley? On a team building event. You sure aren’t very buildy, Chad.”

Just So John wasn’t at the bowling soiree (and good thing since Chad was so rude). Instead, he was lounging on a Hawaiian beach. He’s back now (in a Hawaiian shirt). Said Just So John: “Do you think it’d be too gross to put my sunburned belly in your newsletter?”

Yes, John. Yes it would. And it’s a blog, not a newsletter. Get back to your loans. 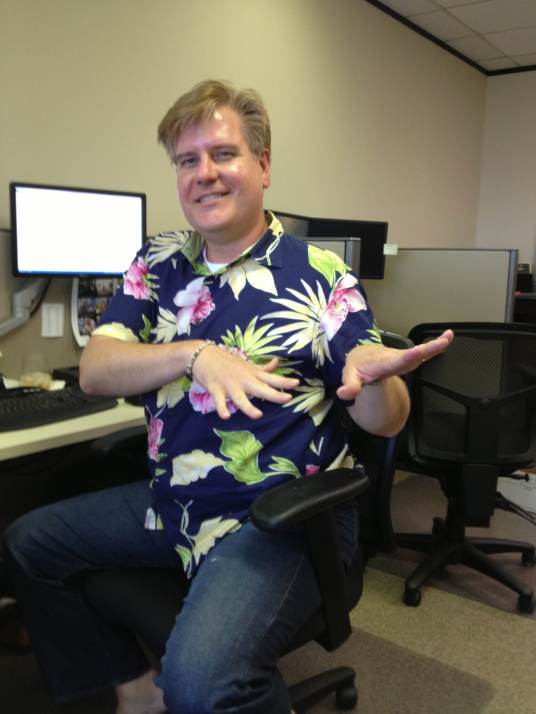 Okay folks, I’m out of here before Jason gets hit by a screwdriver, Chad tries to “build me up” again, or Just So John tries to give me any more ideas for my newsletter.