First of all, someone found the blog this week by searching “uncensored steak boob slap.” Who are you people?

Second of all, Hottest Mortgage Banker in Texas Hayley hates pickles. How could you hate pickles? They’re so cute and innocent. So yielding. Like, Hey guys I know I was born a cucumber, but you can turn me into something else; it’s fine. Last week Hayley asked me to draw something on her back with my finger and she’d guess what it was. I agreed and squiggled out a quick sketch.

“Do you give up? It’s a pickle!” I proudly exclaimed, at which point Hayley began gagging. How can you not like pickles?

Third of all, I just got back from Zihuatanejo. It was my wedding anniversary – numero 11 – and to celebrate, my husband and I lounged on a Mexican hammock and ate shrimp tacos for a week. 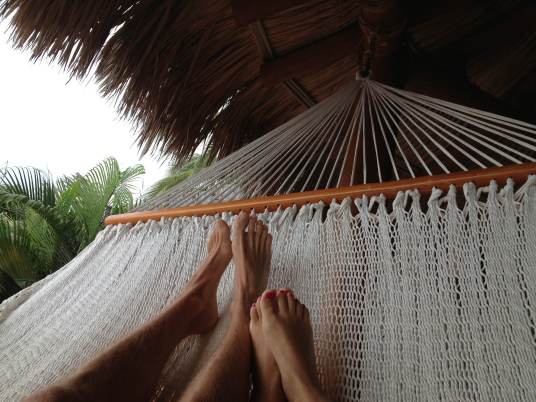 Fourth of all, my husband is now trying to learn Spanish. He found an app for it, so lately instead of reading wine-making forums on his phone before he goes to sleep at night, he’s all “Los ninos comen pescado!” beside me in bed. It’s so relaxing. No it isn’t.

Fifth of all, Hipster Andie bought a home! I am only including this indoor photo instead of an outside shot in order to thwart any crazy hippies from stalking her.

Sixth of all, they took my desk and turned it into a storage area. 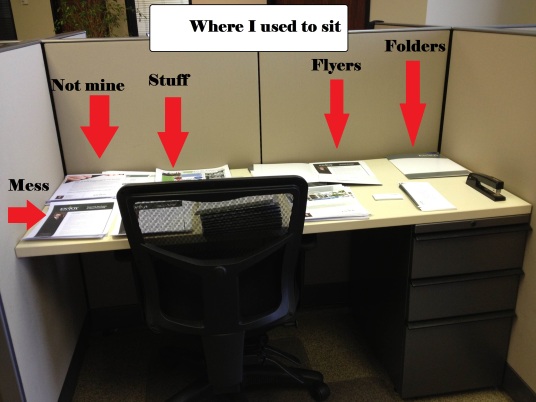 Seventh of all, not only did they take my desk, but they owe me $300. Remember the healthy living competition we had going? The one where if you rack up the most points by exercising and drinking gallons of water you win the pot? The $300 pot? Well, after two and a half weeks of exercising 90 minutes a day (seriously) and tracking every last banana I ate, the Bosses called off the challenge. I had been in the lead. They now owe me $300.

Eighth of all, instead of making them pay me the 300 clams, I will subtract that amount from all the money I actually owe the branch due to squandering my time here and being of no use whatsoever for the past five years.

Ten. While walking my labradoodle through the forest last week (doesn’t that make me sound so earthy?), I came upon a family on a morning walk. I smiled and tried to steer my dog away from sniffing all their crotches and went on my way. (And by the way – how the heck do you break them from sniffing the privates?) Later that day I got an email from the lady I’d seen in the woods. She reads the blog and she recognized me! Well, actually she recognized my dog, but still. It was my first celebrity sighting in which I was the celebrity being sighted.

Okay okay, you all have a great week and I’m off to whip up another post concerning uncensored steak boob slaps, part two.

4 thoughts on “First Through Tenth”