I have an announcement to make to all of the news organizations around the universe:

It is no longer news if some guy orders a snow-making machine and fills his south Georgia yard with snow for his kids.

Here’s the thing. Brandon Walsh rented a snow machine for Brenda and Dylan like 22 years ago on 90210. 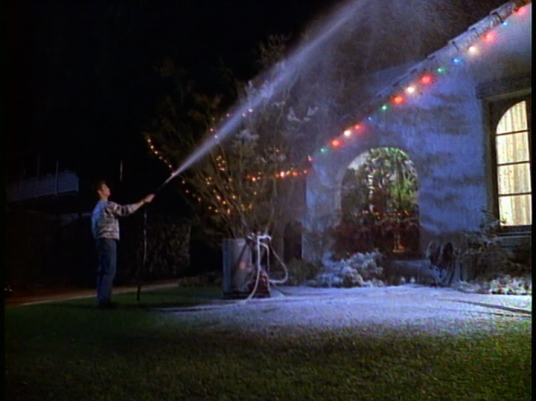 So if you’ve reported on a story like this any time in the past two decades, you need to start digging a little deeper for your scoops because this is old news. Thank you. Now we can all move on to my mortgage blog.

Okay y’all, get this. Our beloved front door man Otis knows I write this blog, and works as my spy for the building. As I was leaving the office yesterday he stopped me in the lobby. “I got something for you, Just the Assistant,” he said, reaching behind his desk.

While I was really hoping he would show me video footage of criminals trying to rob the building and Otis fending the thieves off with a pistol, what he showed me instead was almost as cool.

(Otis was reluctant to be in the picture, but I lied and told him that thousands of people read my blog and it might make him famous, so if you happen to bump into Otis in Kroger, do me a solid and go nuts taking selfies with him and asking him to sign your bag of naval oranges.) 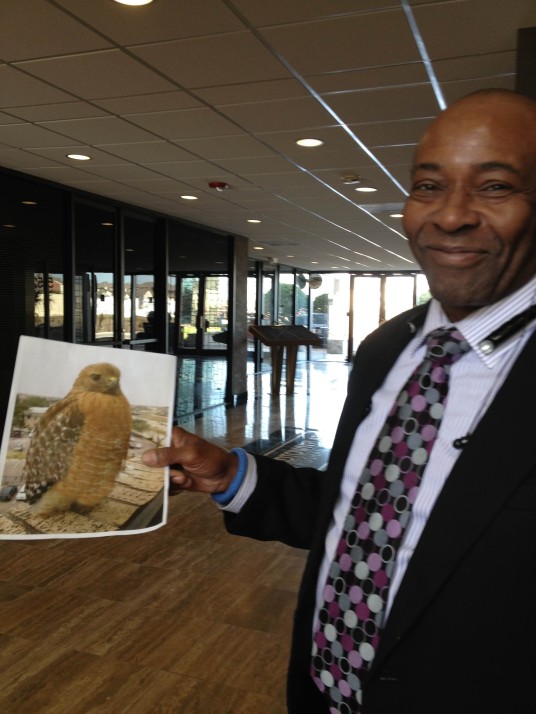 There are two hawks living on the fifth floor ledge of our building! The guy who offices on the fifth floor took this photo and sent it to Otis. Remember last year when there were all these dead birds outside our building? (Story here).  Maybe it was these hawks killing them as a warning to all the other birds in the area. Like, “This OUR territory!”

With that, if there are any birdwatchers out there who happen to need a home loan from a friendly mortgage banker, give us a call. While you stare up at the building with your binoculars, we’ll shout out interest rates from our window.

Finally, I never got a chance to tell you all about our office Christmas party (not to be confused with the branch Christmas party). Our office party consisted of just our little office folks, some filleted steaks (eggplant for me), a few bottles of wine, and real silver. (We had the party at Uncle Britt’s house, and Britt is the person in our office who most resembles a grownup and owns silver. The rest of us were like, “What is this shiny we eat with? Nom nom!”)

This isn’t anyone who works with us. It’s my husband. I make him go to stuff like this with me because he’s small and cute and charming. Plus, he wears bow ties. 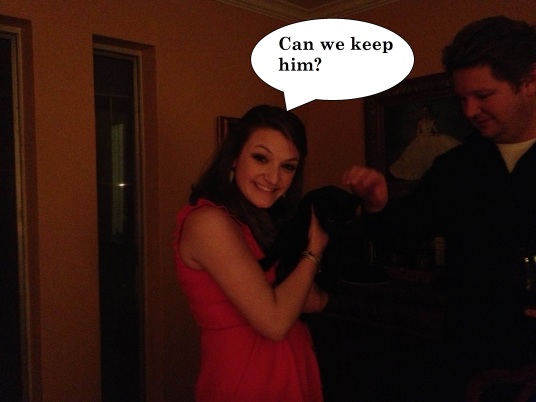 I made my husband take like sixteen pictures of me with the dog. Here are the three best: 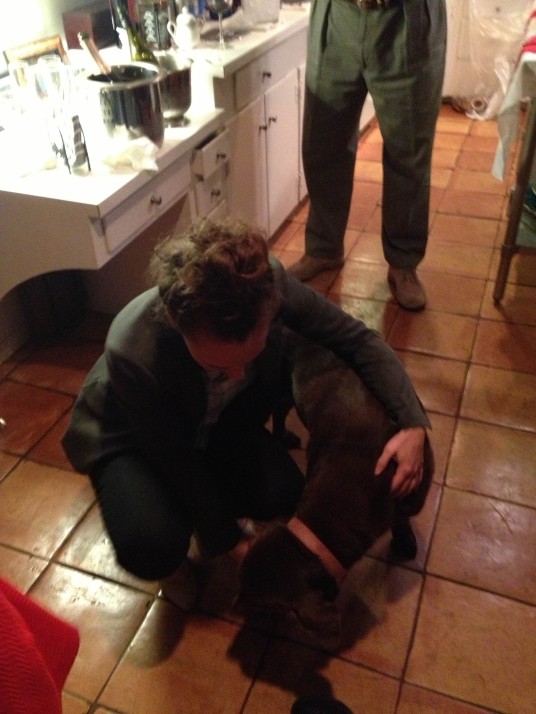 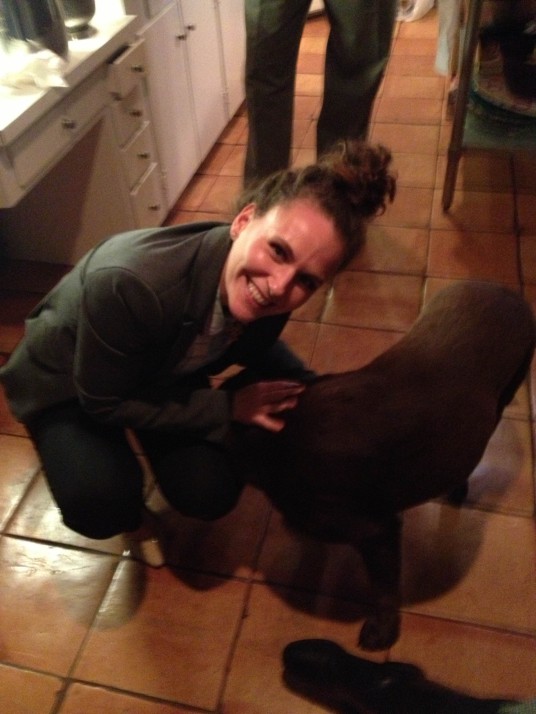 “Now look at the camera!” 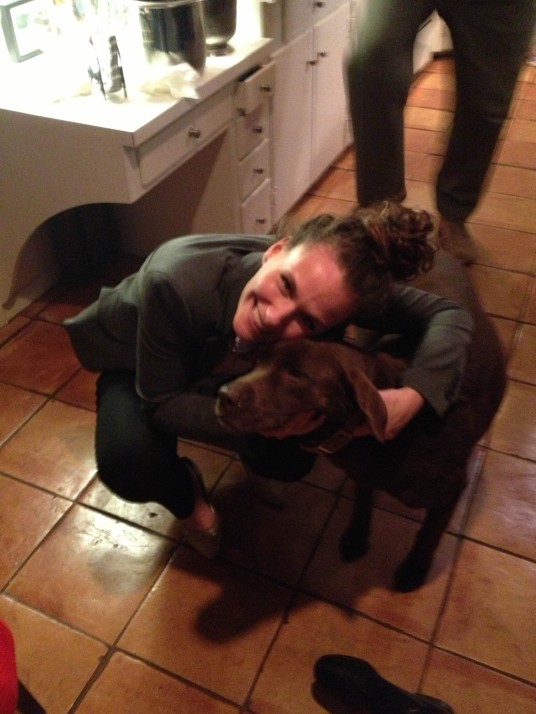 You think I’m above choking a dog in order to get a good shot? Think again.

And since apparently our mothers weren’t feeling very original when they named us, here’s a picture of Christi, Christina and Christina.

Okay folks, while you all thaw out from record cold temperatures that everybody so cleverly keeps posting on Facebook (it’s just time to stop), I’m off to secure the hawks some winter wear. Happy Wednesday!