Jason Doesn’t Give a Toot

First of all, I need y’all to know what happened to me when I was fifteen and why I will never again attend a monster truck rally. Ever. Click here to read that story on my other blog.

Okay, y’all. Speaking of life-shaping events, Online Dater Mortgage Banker Jason and I were chatting recently about lifting weights and stuff. You know, showing each other our biceps and all that. (Not really.) And do you want to know what I found out?

Okay not really, but he used to have a serious weight problem, as he showed me from his Facebook page…

“That…that’s you?” I asked, pointing at the screen with one hand and holding the other hand over my mouth.

“Yep!” he answered proudly. “I call it The Walrus.”

He Doesn’t Give a Toot

Jason: I stopped going to the gym a few years back. I felt like a lot of people were there just for looks, and I felt like doing it on my own would be more successful. But actually at first, all I did was change my diet, so I had already started losing weight when I started working out.

JTA: Can I ask how much you weighed at your heaviest?

Jason: I was 315 pounds and had a 54 inch waist. I was always uncomfortable. I felt like I was living in an alien body. I didn’t like the way I looked in pictures; it didn’t even look like me. I would even grunt when I’d bend over to tie my shoes. People thought I was, uh, well if a fat guy grunts it sounds like they’re…

JTA: Oh yeah? Did you toot more when you were heavy?

Jason: You’ve got to understand that when you’re obese, your stomach and other organs begin to push against each other. There’s no room, so when you bend over, it’s really uncomfortable.

JTA: That’s not what I asked. I want to know did you toot more.

Jason (red faced and considering calling HR on me): I’d say it was about the same.

JTA: Which is how much?

Jason (staring at me in disbelief): What?

JTA: Kidding! Okay, you told me that people treat you different when you’re heavy. Gimme some examples.

Jason: First of all, I do realize that a lot has to do with my own confidence. But when I was heavy, people didn’t open doors or look me in the eyes. Now I notice people keep doors open. Especially elevator doors. Nobody ever held an elevator for me back then.

JTA: So was there some moment that just inspired you to get in shape? On Biggest Loser they all have an epiphany when Jillian screams at them. Then she usually makes them talk about their fathers.

Jason: It was more of a culmination of several events. But late 2009, early 2010 I was tired of being exhausted all the time, so I started to track my eating habits. That was HUGE. I kept a journal of all of my calories, in and out. And it wasn’t a diet for me; it was a lifestyle change.

JTA: What was your goal at the beginning? Like did you set out to lose a hundred pounds, or was it like, “I’m going to lose ten pounds.” 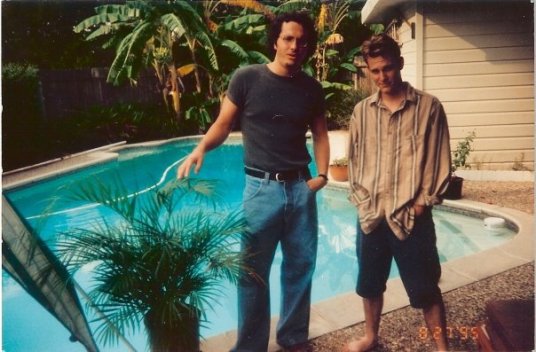 JTA: I’m going to refrain from asking you about the unfortunate afro growing out of your head, Jason. I think our readers can only handle so much shock at once. Now, how weak were you at the beginning? Like, could you do no pushups and now you can do fifty?

Jason: Once I started working out, I could do 12 pushups, but my arms and shoulders hurt. Everything hurt. I eventually got up to 50 pushups at a time. But to begin with, I walked one mile, four days a week. Then I built up to walking/running. And then, a family member gave me their mountain bike, and that changed everything.

JTA: Did the weight just melt off then?

JTA: Okay so listen, while we’re talking about food, your Facebook is out of control with all your food pictures. We get it, already. You eat eggs and avocado. Now, I’ll admit that some of these look pretty tasty, but I need you to explain the others. What the heck is this? 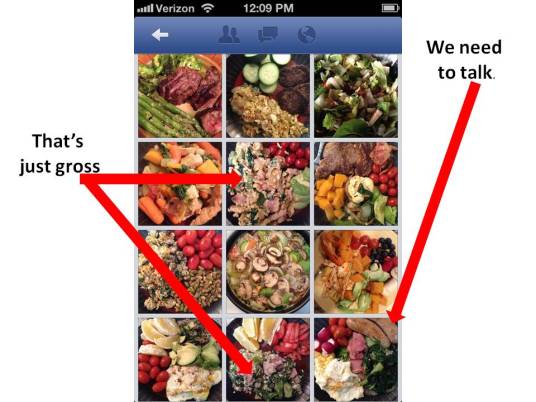 JTA: It’s bacon? That’s like light brown. Bacon is supposed to be dark red and crunchy. Or kind of brown. That stuff in the picture is totally gross. .

Jason: The other is deer sausage.

JTA: Okay, I’ll let you keep the sausage. Do you have to work really hard to keep the weight off?

Jason: Not really. I’m just continuing with the paleo lifestyle. And I still get cravings for ice cream. But I’ve learned  that I can stick a strawberry or grape in the freezer and eat that so I get the cold and the natural sugar and it satisfies the craving

JTA: Well that just sounds…um, delicious. You keep it up, and I’m going to go on eating my Hershey kisses. Okay, once you lost the weight, did girls start flocking?

JTA: I’m sure it’ll pick up soon, buddy. Now go answer all those phone calls! (From borrowers; not women.)

Now, looka’ Jason today! So proud of this guy… 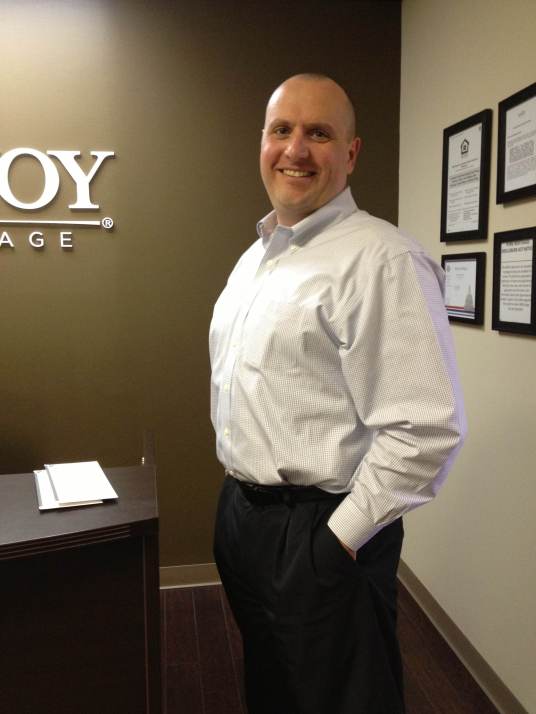 Okay people, if you have any weight-loss questions for Jason, I’m making him answer below in the comment section, so feel free to ask. If you have any afro questions, I guess you can ask those, too.

4 thoughts on “Jason Doesn’t Give a Toot”