I’m wearing a Prince (or wait, did he go back to The Artist Formerly Known As?) shirt and toboggan in the office today…

I watched a YouTube video read a Wall Street Journal article last week that claimed the old way of thinking about how to dress at work was to dress nicer than your job calls for. But that was back when it meant you were kind of a big deal if you worked in an office, and hence, kind of a big deal if you had to dress up to go to work. But these days, almost everyone works in an office. So dressing professionally doesn’t set you apart anymore. Besides, you know who the really powerful folks are these days? Billionaire tech guys!

And you know what they wear?

(Actually, the video article said hoodies and the like, but I thought a ski cap and Prince shirt would provide the same effect.) So now everybody thinks I’m all powerful and rich and all my co-workers are like, “Oh my gosh can I borrow seven mil?” and I’m like, “Pfsh, I guess so.”

(The previous sentence has not been confirmed by the management.)

Speaking of keepin’ it real, my Boss James is headed to a homeless shelter on Friday to sort and prep donations.

I’d like to pause so that we can all think about how awesome this is.

By the way, you’re invited. It’s this Friday, March 7th from 9:00 – 11:00 AM at Star of Hope. James is going to start volunteering there once a month, and if you’d like to join, let me know and I’ll send you more deets.

James thought the volunteering would be better than throwing happy hours every week and doing tequila shots with his business relationships (though admittedly, the latter method can be fun). But the volunteering thing makes the world a better place, and feeds the hungry, and clothes the needy, so, there’s that. 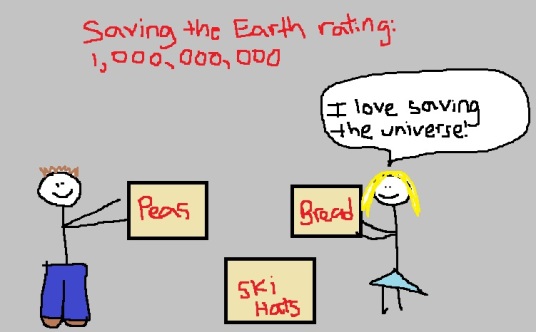 Everyone in my neighborhood received letters in the mail yesterday from the EPA telling us that the building across the street is going to give us all a rare disease. Something about asbestos and airborne sicknesses. My husband read the letter aloud to me as I shouted, “Does this mean we have cancer?! This is JUST like Erin Brockovich! We need Erin Brockovich!”

He tried to calm me down, but I’m convinced we’re prepped to die in our big new house.

But until that happens, I’ll be dressing for success and filling you all in on any other uneventful happenings in this office.